- April 09, 2014
Whilst roaming through the corridors of government buildings, one often encounters stacks of paper, old copy machines and rather depressed staff sorting through piles of reports, petitions, legal texts and other bureaucratic texts. The European Union is a well-known example of just how inefficient bureaucracy can get. Every month around 2,500 boxes are transported by five trucks between the EU’s parliaments permanent base in Brussels and its official home in Strasbourg. The estimated annual cost of moving the parliament between the two cities is about 285 million USD . Now, I will not go into the details of why this move is or is not necessary (if you are a EU citizen, you would probably then question the sanity of your representatives). I just want to point out that inefficiencies in governments are costing the taxpayer millions every year. Now, how do we solve this? Estonia, a country not larger than the Netherlands with about 1.3 million inhabitants, is renowned to have one of the
Kommentar veröffentlichen
Mehr anzeigen

Do you know your voters? 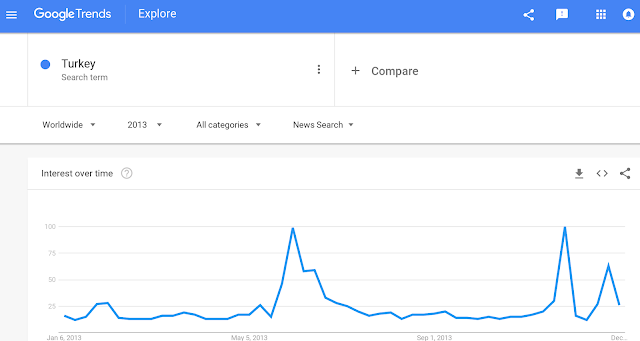 Google Trends and Yahoo’s Buzz Index are for many tools that they have known for some time now. After talking to a few local politicians (who, by the way, were still not able to do much more than dial a number on their smartphones), I realised that these insightful tools are actually not very well-known among those who may need it the most for their career: our political representatives. Many countries are experiencing a tendency that constituents are loosing their interest for politics. One of the reasons is that politicians are not embracing the topics that are on the minds of people. As voter participation rates have dropped to all time lows in various countries, some officials are now rethinking how they look for topics that are relevant to voters. Politicians have several traditional options: they can hit the streets and talk, look into survey’s and opinion polls, or just wait for the election – just to name a few. However, today, they can also use tools, such as Trends or the B
Kommentar veröffentlichen
Mehr anzeigen
Weitere Posts