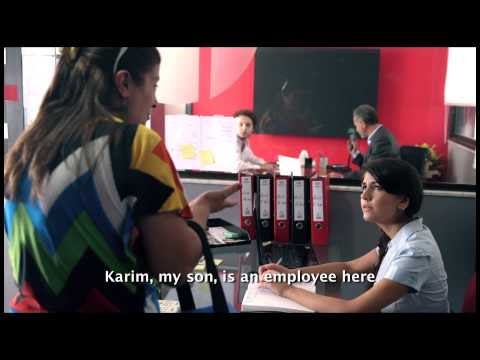 The LEA Project is a new public awareness campaign initiated by the Lebanese Economic Association (LEA). The LEA furthers the economics culture in Lebanon and promotes the exchange of information and research between economists, the government and academic institutions. As such, the LEA deals with socio-economic issues, such as unemployment, workers rights or the cost of living. The new campaign “aims at raising awareness on socio-economic rights in Lebanon and engaging people through presenting possible solutions and Active Campaigns“. The project uses online video platforms and social media to distribute videos displaying key social issues in Lebanon. Examples range from youth unemployment to working women. Here is an example of a video about the latter issue:                                          I have come across the videos in the Facebook news feed and seen various videos featured in tweets and on other online platforms. It is an interesting example of how organisations can
Kommentar veröffentlichen
Mehr anzeigen 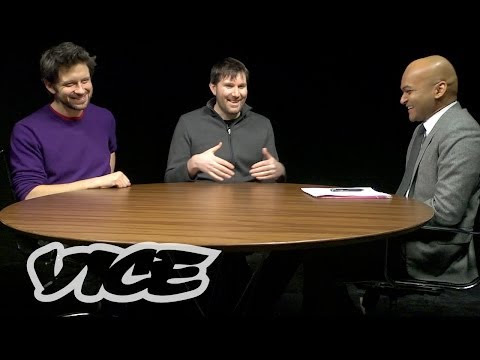 The recent interview by VICE with the founders of Upworthy has reintroduced the important discourse about how to filter information in a world where often quantity prevails over quality. The challenge is how to distribute the important information so that it is heard. Most online services – ranging from Google to Facebook to local news sites – have been working on solutions within their distinct fields to customise information to the user. However, some stories never reach the mass despite being important for whatever reason. Instead, the top stories are often fail compilations or a status on what your friend had for dinner yesterday. Yes, this information is indeed important too and, while many may not like to admit it, we enjoy receiving this information. But what about the meaningful and potentially world-changing information? Well, upworthy.com has taken on the challenge to compile this data and put it into an easy-to-use interface. It is like a feed of stories, events or even ide
Kommentar veröffentlichen
Mehr anzeigen 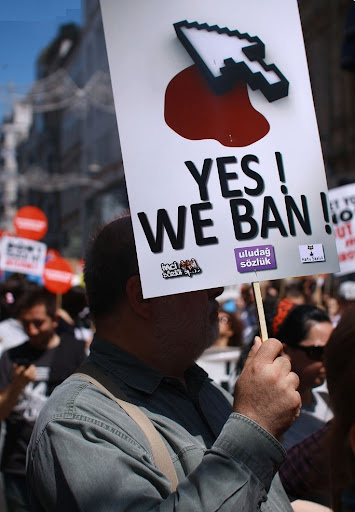 Twitter is now offline in Turkey. The step was not approved by all leaders in Turkey. President Abdullah Gül and Prime Minister Erdogan have been engaged in a rather open debate today - Erdogan defending the ban while Gül continued to tweet during the day, showing his disapproval of the ban. The case depicts once again that these platforms are now used as a proxy during political discourse - rather than a mere communication tool. Politicians can use services such as Facebook or Twitter to argue for freedom of speech or portray them as a source of instability. Arguing for Twitter will get votes from a more liberal constituency, whereas arguing against will often increase support from advocats of the ruling party. Communication platforms are not merely simple mediums of communication any more. They are now themselves used as a tool to form political opinion or justify decisions. Picture Bibliography:  Yes! We Ban!, Erdem Civelek
Kommentar veröffentlichen
Mehr anzeigen 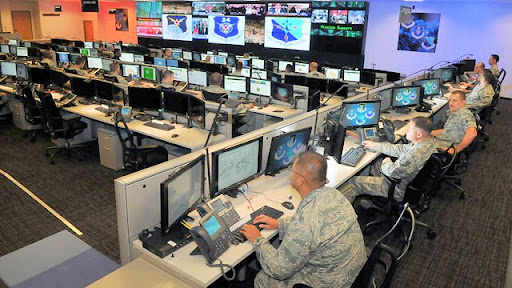 The recent US Department of Defence Report on North Korea has unveiled the growing threat of North Korea's Offensive Cyber Operations capabilities. The report states that since 2009, there have been several Denial of Service attacks on South Korean businesses, military and government websites. There was also a larger attack on South Korean media and banking networks in 2013. The cost-effective characteristic of cyber attacks make it a viable instrument in the catalogue of offensive military options. This new strategy and level of engagement must not be underestimated by South Korean defence strategists as it is likely to grow in scale and power. Picture Bibliography: Cyber War Collage, Thomas Rid
Kommentar veröffentlichen
Mehr anzeigen 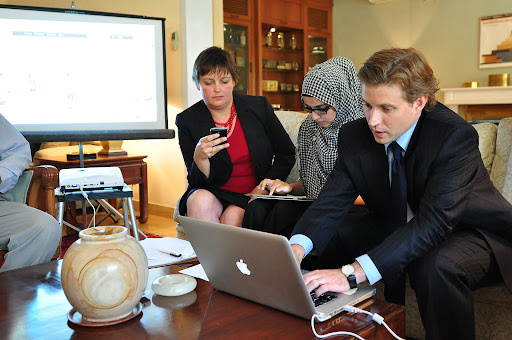 The role of the ambassador has changed drastically over the years. The first officially recognized ambassadors were regarded as the personal representatives of their country's government. The main task was to convey information between country leaders in a world where communication was tedious, unreliable and slow. In essence, the communication had a very horizontal flow: Government - Diplomat - Government. Diplomacy was a closed communication channel - often referred to as elitist and secretive. Today, the role encompasses a more vertical communication component as well. The Ambassador 2.0 (from here on referred to as "A2.0") has the task to convey and receive information to and from civil society as well. The A2.0 exchanges information not only with governments, but also with civil groups, businesses, NGO's and various other stakeholders. As such, it is important to communicate directly with these entities. Yes, this often entails bypassing the government. This is p
Kommentar veröffentlichen
Mehr anzeigen

How Egypt learns new revolutionary tactics from the Ukraine 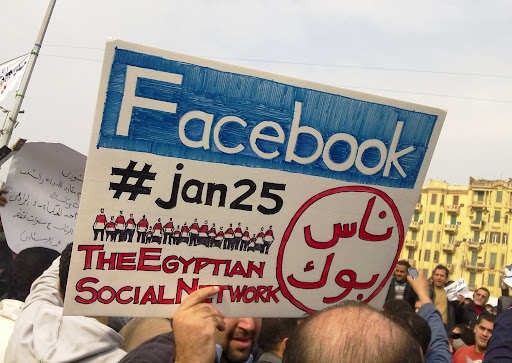 This  is an interesting article about the use of social media in distributing tactics and strategies used during revolutions. Many tactics during revolutions are used on a trial and error basis. Now, groups can learn from the experiences of others - in real-time. The same, of course, applies to the respective regime. Picture Bibliography: Egyptian protests Facebook, Essam Sharaf
Kommentar veröffentlichen
Mehr anzeigen

The "i" in Revolution 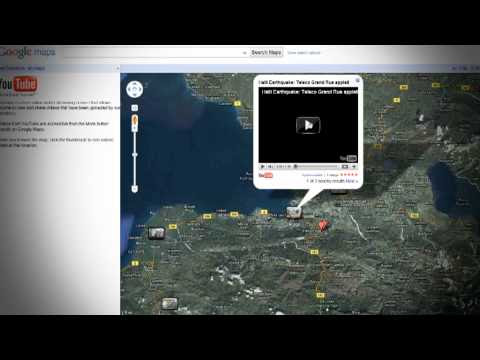 iRevolution is an innovative concept created by Patrick Meier that creates interactive maps by crowdsourcing information to assist in crisis situations around the world. The idea has assisted in relief efforts and during political turmoil. It is one of best example how technology in interplay with crowdsourced information can save lives.
Kommentar veröffentlichen
Mehr anzeigen

Using the Web to do Social Science 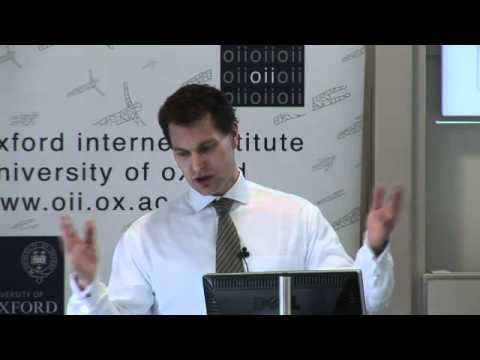 How German elections were influenced by online campaigning 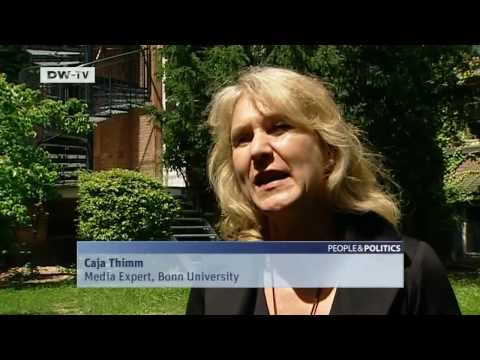 Political parties are beginning to realize the impact of online campaigning. This is a good start in Germany but there is still a long way ahead for most political strategists in terms of making the most of the web .
Kommentar veröffentlichen
Mehr anzeigen

An interesting article on the use (and the risks that come with it) of Twitter during and after high-profile political events. Get the insights here. Picture Bibliography:  Freedom of speech,  Carlos Latuff
Kommentar veröffentlichen
Mehr anzeigen
Weitere Posts